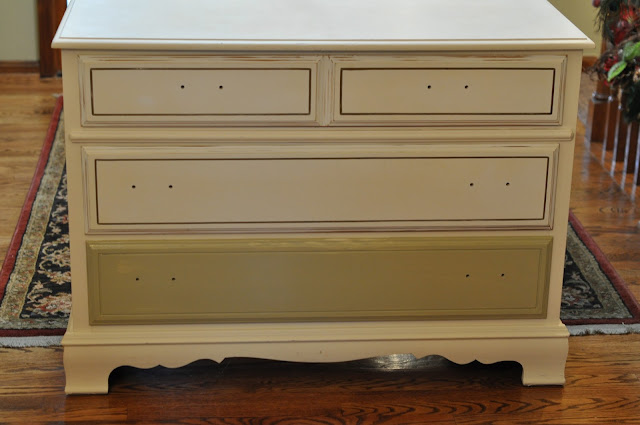 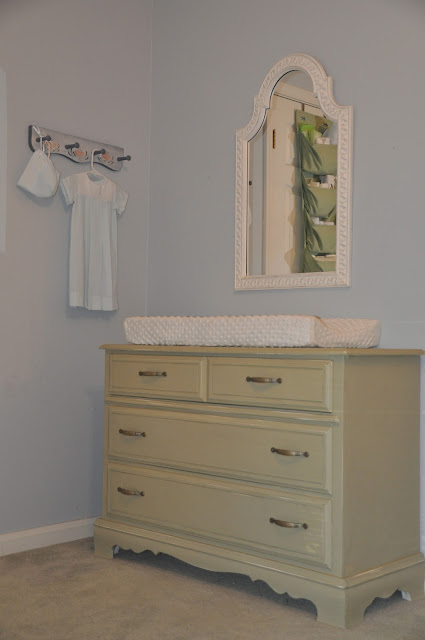 Here is the finished product.  I love how it turned out!  I learned a few things - the paint does better if thinned - and I think a few spots needed another coat, but since I was already planning to sand the edges and give it a distressed look, I don't think it is a big deal.  I wish I could find better handles, but that was the best I could find that fit the existing holes in the dresser.  And the gown to the left?  First baby gift, from my mom - for our little boy!
Posted by Anna at 5:45 PM 3 comments: