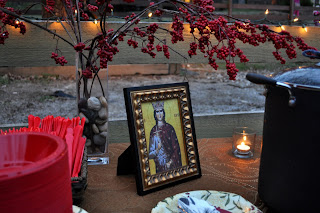 Another﻿ St. Barbara Day come and gone, and this was the best one yet.  The crowd almost doubled this year, with over 85 people attending (and at least 50 of those were under the age of 13)  A huge storm was coming in, and all day people were asking what the rain plan was.  Well, I don't have room for 85 people inside, so I really didn't know what we were going to do.  We moved the party up an hour earlier, hoping to at least have a little fun before the rain hit - but St. Barbara was looking out for us, and the storm heading our way broke up and slowed down, and didn't really hit until this morning.  The only lightning around was from the fireworks and over 150 giant sparklers!  We had unusually mild temperatures, it was 60 degrees - so no hats or gloves needed this year.  We had a lot of trees come down this year, so my husband saved a bunch of logs for seating around the bonfire and we ate lots of vegetable chili and roasted hundreds of marshmallows!Several people who came this year asked why a bonfire and fireworks? 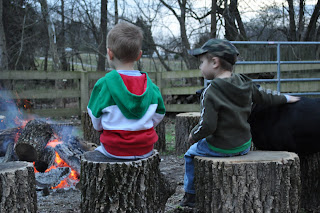 Well, St. Barbara was the beautiful young daughter of a wealthy pagan in Heliopolis.  Because of her beauty, her father locked her up in a tower, where she spent her time looking out the window and contemplating creation.  She came to understand that the idols of her father must be false, for all of creation proclaimed the truth of the One True God.  While her father was gone, she had a third window added to his bath house, to symbolize the trinity, and she cut a cross into the marble with her finger.  Upon his return, her father became enraged when he found his daughter had become a Christian and drew his sword to kill her.  Barbara prayed and was miraculously transported into the mountains.  A shepherd there betrayed her and she was taken before the emperor where she was tortured, including attempts to burn her body.  To the frustration of the emperor her wounds would heal overnight, and torches used to burn her went out when they came in contact with her body.  Finally she was beheaded by her own father, who was then struck down by lightning, his body completely consumed by flames.  St. Barbara is considered a patron to those who die a sudden death, and as well as patron to artillerymen, miners, those who work with explosives and others with hazardous occupations. 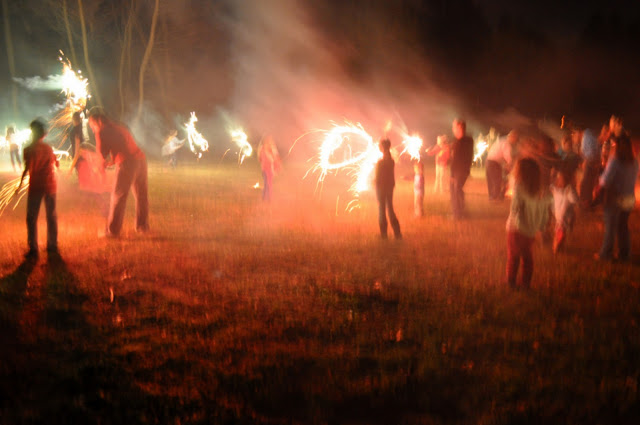 We had a wonderful time! Thank you and God bless you!