Flash Back Friday : The Russian Icon

Well, since my computer crashed, I honestly have not had the heart to go back and try to find all of the things I wanted to blog about in the past few months.  But, as I slowly manage to reorganize photos, I hope to put up a few things from last year.  So, here are photos from last year's St. Nicholas play.  The script is linked at the bottom, as well as under December in the Festal Celebrations tab.  The script was adapted from a story out of one of my favorite St. Nicholas books, The Real St. Nicholas.

Our setting this year -  a remote Russian village in the no-man’s land between the Russian and the German fronts during World War 2.  Two German soldiers travel through snow filled paths, looking for a village suitable to house the wounded. 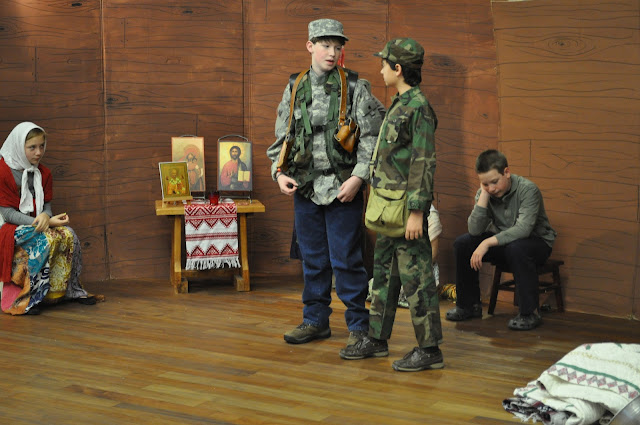 They enter the home of a Russian family.  The mother seems friendly, but the old man in the corner clearly does not want them to be here. 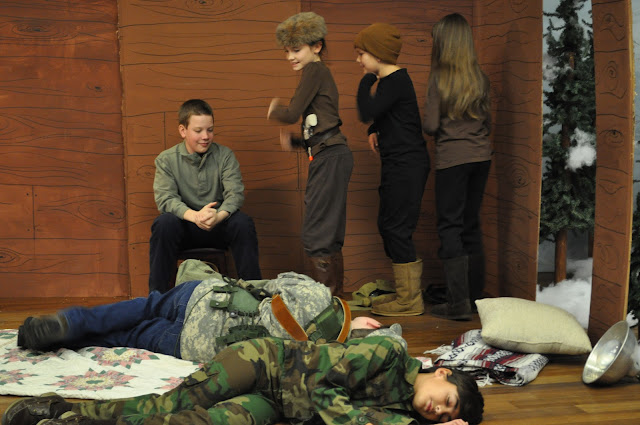 Russian spies sneak into the house at night, hoping to kill the German soldiers. 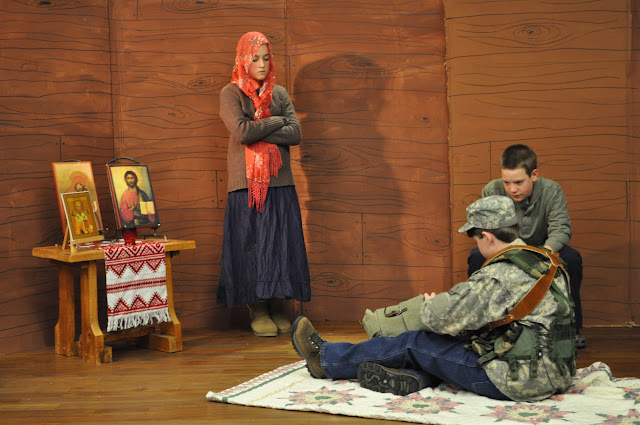 the German soldier sees and recognizes the icon of St. Nicholas in this Russian home 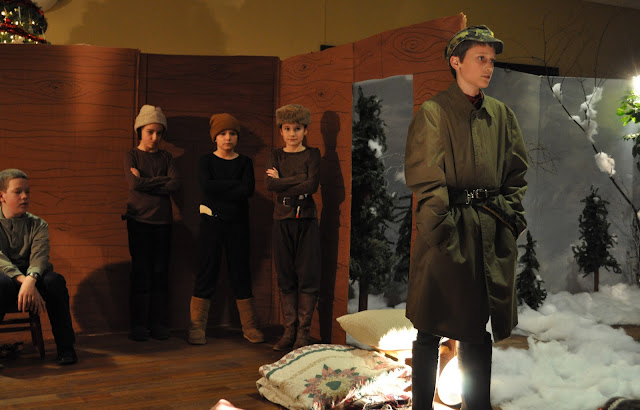 the crocodile hunter as narrator 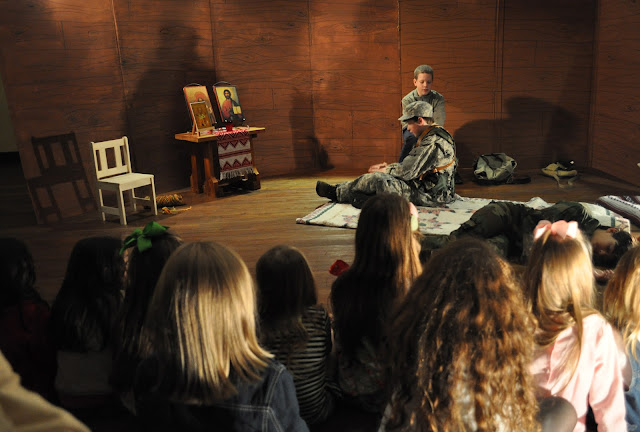 Super sweets!  After the play, kids (and adults too!) enjoyed filling bags full of candy to take home - candy canes, gum drops, lollipops, licorice sticks and chocolates.   Of course, there were golden coins in all of their shoes when the performance ended. 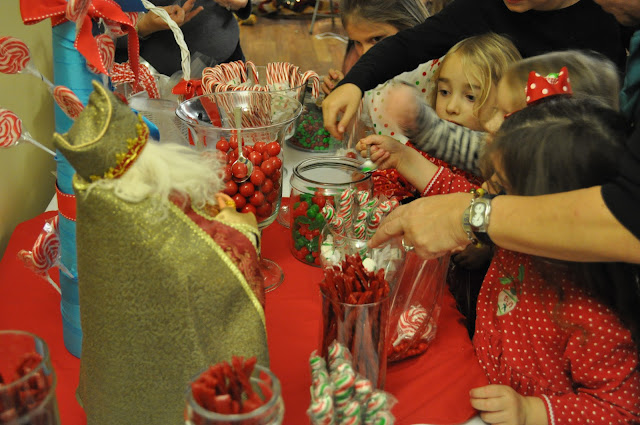 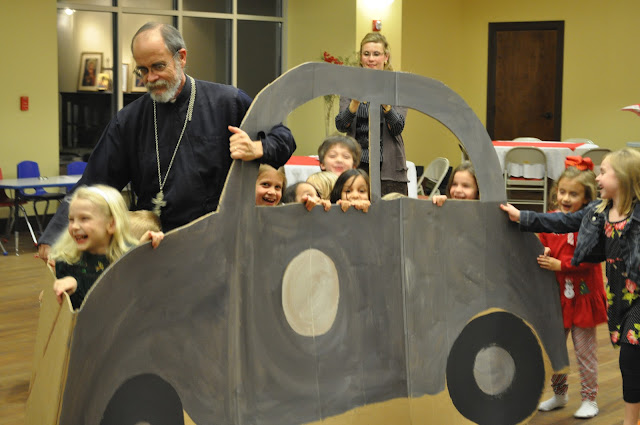 A final photo moment - Father takes some of the little ones for a spin in one of the props!

The Russian Icon Script Download
Posted by Anna at 8:11 PM

Labels: lives of the saints